Our third wave of 2016 is beginning to crest, with its initial frequencies heralding the New. Gatekeepers and Gridworkers have been busy for weeks, Gaia and the new grids are responding already, and we are prepared for the new arrival next week.

This is an influx of highly charged pure light which takes us to a brand new level. As always, vibrational match is key to your experience of it, however these frequencies are aimed at assisting an accelerated timeline. For the Ascension Tribe, the veils are thinning again and our realities feel more surreal than grounded. As we have learned from the two earlier waves, that is typical for these wave influxes this year. This one involves a timeline shift, so our focus is needed more than ever.

Gaia is, and will be, continually releasing codes through the new grid systems which are of a Solar-crystalline nature. It is triggered by the incoming light level, and Gaia responds to it just as our bodies and DNA are triggered to activate dormant codes during Ascension. This is preparation to receive much higher levels of Solar light. The September wave is a big jump in that process, and we are receiving an accelerated timeline to compliment that process, simply because we are capable and consciously requesting it.

It is the task of Gatekeepers, Gridworkers, Wayshowers and any Lightworker in Service to welcome this new light with humility, integrity and the Divine Love which it deserves. This level of light is a Divine gift to HUmanity. The groundwork has been laid and the Gateways have been opened for a brand-new experience; a leveling up of the Ascension process. It may not be apparent to the collective; the external realties are a terrible compass for what is actually happening, Beloveds.

This passage was always meant to have many distractions and triggers; realize that can be as merciful as it is manipulative. Some vessels are not wired for change, some are meant to loop in a reality until its extinction. Take note that is not the responsibility of the Light Tribe to monitor, watch or participate in the dissolvement of old realities. Focus on the divinity, purity and new experiences available to you in this now moment, and the acceleration will greatly assist your progress.

This passage of Revelation allows your unique skills to step forth. This is a moment to be creative and free your heart as the old energies which restrained creative endeavors, creative thought, and unique expression drop away. It is also important to honor each other’s intuitive guidance with the changes happening within you.

Most notable will be a tremendous expansion within the heart center. As the crystalline structures activate within your body, their vibration can begin to match the incoming photonic frequencies. This prepares the physical vessel to transform itself into a conduit for the Christed Self. This is why many of you have been guided to let go of anything unnecessary. The Christ (Crystalline consciousness, Unity consciousness) has very different preoccupations than the lower Self. It functions as Oneness. During these transformational phases, it needs your attention.

There are so many beautiful surprises and revelations available to you, Beloveds. Watch your response to the unfoldments as they present. Welcome every change, every shift, every revelation, every disclosure with your higher wisdom. Our collective and individual realties are very complex metaphors, and highly creative. Appreciate what Source has created with this particular brand of Ascension experience. See all of this from the cosmic perspective; the timeless immortal perspective of what is occurring on this planet.

Entanglement with the lower realities, judgment, or attachments to beliefs of the old Self cause pronounced mental, emotional and physical issues as the light increases. Embrace responsible creation through higher choices. Fill your hearts with joy and gratitude that these new realities have been designed on your behalf and are now readily available for you to experience. Many Gateways are being opened as others close; keep moving forward.

I AM filled with humble gratitude to experience this beautiful leveling up and final Gatework as these waves of light enter our consciousness. Solar and Gaia Gateways will be opened on Equinox and the crest of the wave arrives September 26, extending through the 30th. This is a purer crystalline-based frequency which is aimed at consciousness shifts.

Remember this even as your physical realities begin to feel somewhat surreal, and the body adjusts to keep up. Our visions and councils are reflecting this influx already; everything is aligning in Divine perfection. Keep your focus on this intention. We Love You, We Bless You, We Thank You.

I will be focused on Gatekeeping through September 30. Join us for the Wednesday Unity Meditations to assist Christ consciousness activations though the HUman heart grid. Thank you in advance for co-creating this acceleration of our Ascension. Have a blessed Equinox and may all hearts open to this sacred and profound wave of Divine Light!

In Love, Light and Service,
Sandra

“Mid-September Wave: Comfort in the Unknown,” by Sandra Walter, September 13, 2016, at http://www.sandrawalter.com/divine-focus-welcoming-the-third-wave/

This article is intended for circulation outside as well as inside the lightworker community.

Currency holders seem to be asking themselves two questions these days:

I have the same concerns.

I know how I’ll spend my earnings. I’ll put 20% away as a contingency fund. I’ll put aside enough money to pay my taxes. I’ll gift to my loved ones and take care of all the other gifting I intend to do.

I’ll set aside a percentage of what’s left for projects I intend to create. And then I’ll dedicate the rest to … what can I call it? As a provisional title? How about the Lightworker Congress? Hold that thought. More about it in a moment.

How will I be able to discern? Archangel Michael would say: Ask your heart. And I do that.

I would also add: Use credibility analysis on the organization’s communications.

Are their claims credible – that is, probable, plausible, possible, and without contradiction or inconsistency? What’s their history? What do others say of them?

We have to do our due diligence until we learn to trust our hearts implicitly. (I’m not there yet.)

Someone needs to create a central directory of charities, foundations, NGOs, etc., with an appraisal of their legitimacy – to help us all out. But that’s another matter.

As an idea, it’s a democratic gathering of lightworkers, to decide the financial goals and targets for the Congress’s planetary-reformation work.

What are we doing by creating an organization? We’re concentrating our financial power as a prism concentrates light, to create real change in the world.

Most lightworkers come from the firm belief that we can and will create a world that works – a world free of pollution, a world in which everyone’s cares and necessities are taken care of, a world that we haven’t even dreamed of yet, but are about to have a crack at building.

Free energy. Cars that run on … water, free energy, anti-grav, you name it. Medical breakthroughs that will have your head spin. And more.

Our Reval funds are what give us leverage. They give us the chance to build this new world, to irrigate this field and watch a crop of new inventions grow and a weed bed of unwanted conditions disappear.

I can’t organize the Lightworker Congress. Someone else will have to take up the ball and run with it. I’m a writer and not an organizer or an administrator.

These lightworkers give a portion of their earnings to the organization to be used to end the unworkable conditions in the world.

How else would such a way-out idea as a Reval make any sense at all except if we’re in the midst of a raising of consciousness on the entire planet?

Our frequencies are getting higher and, in this higher resonance, things are possible that simply weren’t decades earlier.

If this were not the case, I wouldn’t have the confidence to say: We can do this. We can create a world that works. I know we can.

We have the collective will, means, and opportunity to turn this planet’s situation around – to win equality for women, to end exploitation, to level the playing field for the poor and much more.

You and I have it within our power to finance a revolution of love on this planet. Finely-targeted, strategic gifting – in this case by an organization representing lightworkers – is how to ignite that fire.

Consider this a job description. Some folks need to take this idea up and create this organization. Through it, we can all participate in creating a world that works.

(1) The phrase belongs to Werner Erhard. 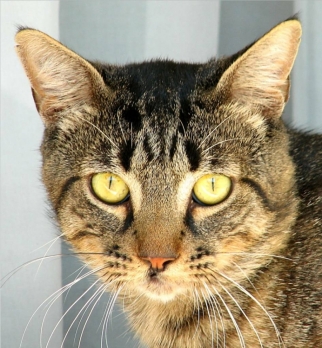