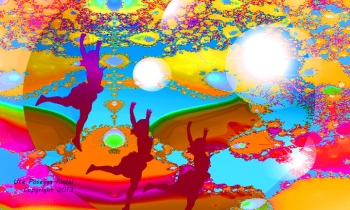 In order to complete my latest article here on this blog about the transformational change from some unconsciously partaking onlooker to some neutral and consciously acting one – I herewith should like to submit some poetry hereunder which were conceived subconscously in such a prescient way.  I am ascertained now that despite their being written about 20 years ago they really wmust have been destined for this Timeline of Now being in the middle and meddle of this very Era.

And here is some interference with some verses in order to underline this argumentation :

These verses were originally written in German which
I translated into English now in the course of writing my reflections to it now.


It isn’t this exactly nor is it that,
search all ways forgotten matter,
take each and every thing into my hand
proof-touch exactly what it is
and put it leeways off again –

it always turns it Earth-trash-side out to me
trash it is and always be ….


I am on my path and with delight
I love all life around me – so much light !
Since life is way in Lights Divine

My burning heart will show me its shrine
without despairing since routes are so long,
“go on with your burning desire since…”
Love is all that it wants to acquire –
routing home again with that flame of desire.

Reviving the call from out my deep heart,
yearning so much for awareness so true
to being the old one that I once was
created by whom of All-there-It-Is. 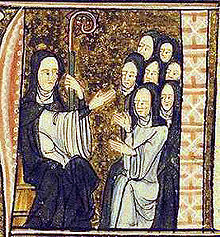 And if this way of writing verses was not channeled in complete ways – I ‘d rather be at a loss to perceive what else channeling really entails.

I am recalling that at such time I regarded all these matters created by myself as something not belonging to me entirely – and not being really made by myself – like some other neutral onlooker seeing my pictures and paintings as well reading my verses like for the first time at all. I was completely at a loss to grasp that It had been I myself who created all those matters.  Rightfully in a true sense since they all had been given to me – and I only were able to create these works if I had gone deep down into myself reaching out for some inside level of mine from where a continuous flow of subsequent creation was generated.

Similarly this happened when I started painting – once I had made the basic background on a canvas I felt over the pattern of the spatel with my hands asking the picture to come what it wanted to be like and how I could be of help to it giving birth to its very existence. I always regarded each and every painting to come out as some spiritual entity and I dedicted myself to serve it to its greater existence.  And while being enveloped in such pertaining activities I thought of special poetry, verses, upheaving stories or prayers and chorals raising these up before my inner eyes . Such were the procedures by which all my paintings and other works of art had been done and never did I know really how I had done it — due to all my inner sights seen while performing such meditative works of art.

Harvesting fruits of all such activities of that very past is the Time of Now – which fact I became aware of presently. This NOW IS THE TIMELINE OF CHANGE AND TRANSFORMATION  and we are on our way towards such wonderful goal which is that of changing Earth into the famously known “Golden Age” of which Ovid has already written his verses : ” Aurea Aetas ….. ” this little I am still able to recall from my Latin courses of tuition at school.

These are only some few matters I am becoming consciously aware of from the old years of our past dualities which however are only meaningful to myself personally.

Still, if they may wake up some readers to their very own experiences of their past lives which will induce them to start their very journeys into their inside selves ? This would turn out for me eventually to be a most wonderful matter since all these my very  personal experiences would thus be relieved from their former limitations of being related solely to me – and being released into their own space of freedom and path to other humans in search of light and elucidation. They thus would be able to reach out to other humans’ souls and hearts and doing them some basic good too ! This would be a new conscious way of stretching out actions and their results from some separated one into the multifold of one unity.

How much I am wishing that this will happen  – I cannot tell you here in all its ample scope !

I AM that I AM